The past three months have jolted the world out of complacency with regard to the Chinese Communist Party (CCP)’s long record of poor governance and lack of consideration for humanity. While previously it may have been possible for many people across the world to ignore the seemingly “faraway threat” of the Chinese regime, that threat has now been brought to every corner of the globe in the form of a new and deadly virus.

The CCP’s response to international condemnation has been as bizarre as could be expected: tone-deaf, unapologetic, and willfully incompetent. In holding back from taking action for over a month after the first case was discovered, the CCP allowed the contagion to spread. The Party then enacted draconian measures, sealing people (sick and healthy alike) into their apartment buildings, thereby ensuring further infection and adding cause for social foment.

Recently, facing a cratering economy, CCP leader Xi Jinping has turned to state media to perpetuate the lie that all is well and the nation can return to work, thus creating conditions for a second round of infections. Meanwhile, state propaganda machines have unceasingly worked to deflect blame through false narratives.

Earlier this month we received reports that religious persecution has continued amidst all this, and the CCP has even gone so far as to brag about its misdeeds—though it surely hoped readers would fail to read between the lines. Bitter Winter reports that China has performed a double lung transplant on a coronavirus patient after only a 5-day wait. As we know by now, such organs on demand can only come from China’s huge bank of prisoners of conscience—the majority of whom are Falun Gong practitioners, though it is doubtless that dissidents of many creeds now comprise the victims, including Christians.

All this comes as the independent China Tribunal concludes “beyond a reasonable doubt” that organ harvesting is taking place in China. You can read the final assessment from their 18-month-long hearings here. The Victims of Communism Foundation in Washington D.C. has also highlighted this topic in a recent report.

For details about the persecution of Falun Gong during the month of February, see this in-depth report by Minghui.org. 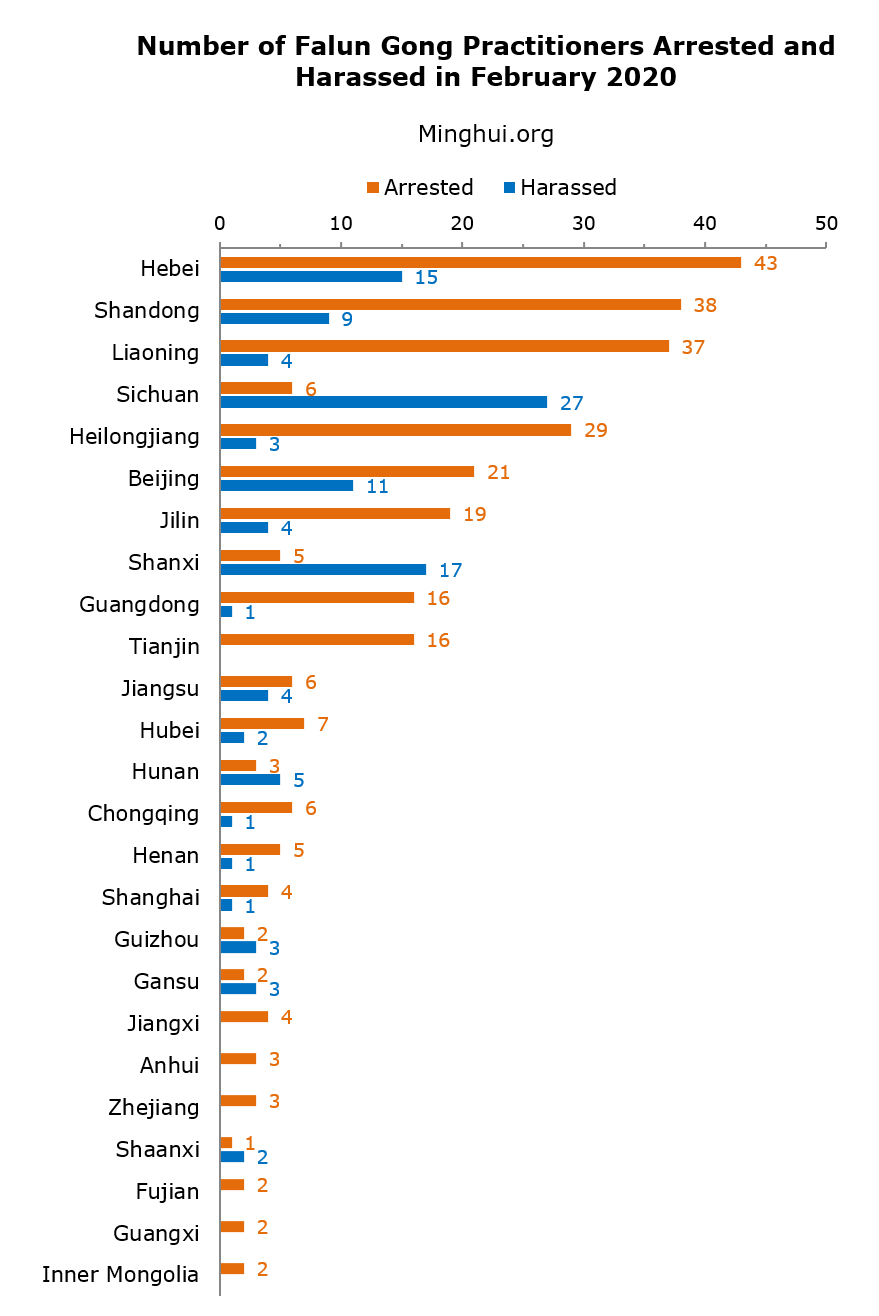 The lesson is this: The CCP cannot be counted on to change its ways. Our only option as a global community is to reject its rhetoric and economic bullying. Nations should no longer pursue appeasement of the CCP in hopes that it will respond well to gentle encouragements. The sooner the societies of the world take these truths to heart, the better we might curtail the tragic losses endemic to the communist regime’s nature, history and doctrines.

From all of us at Friends of Falun Gong, we ask that you help spread this message, and hope that you stay safe and healthy. Thank you.