While most knew him for his music and performance art, Friends of Falun Gong will remember David Bowie’s unfailing support of Falun Gong practitioners’ freedom of belief.

In that respect, we share a February 12, 2004 article originally published on Minghui.org’s English-language predecessor, ClearWisdom.net.

(Clearwisdom.net) On February 5, 2004, Falun Gong practitioners from the cities of Tucson and Phoenix in the state of Arizona, took the opportunity of David Bowie’s concert tour date in Phoenix to tell people about the persecution of Falun Gong in China by Jiang’s regime. 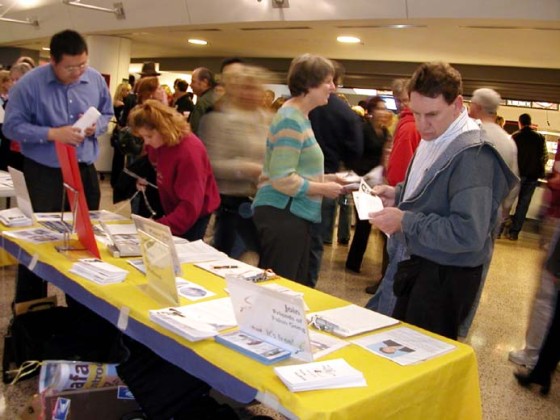 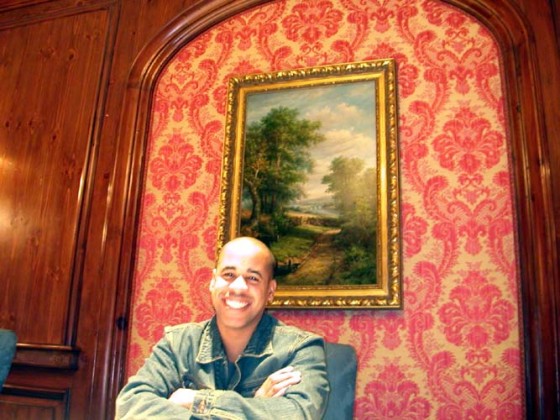 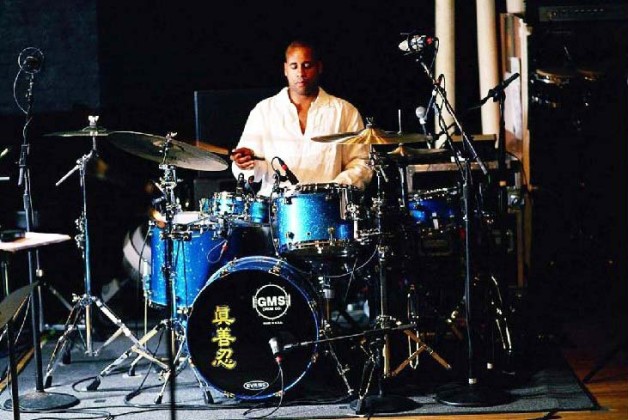 David Bowie, a famous British rock’n’roll star, is giving a concert tour around the world. His drummer, Sterling Campbell, who has worked with other famous bands, has been a Falun Gong practitioner for six years. Sterling and about sixty other western Falun Gong practitioners gathered at Tiananmen Square and unfolded a banner saying “Falun Dafa Is Great” in the year of 2001. Every time David Bowie held a concert, Sterling would arrange a booth for Friends of Falun Gong at the entrance of the concert. He would have interviews with media to tell his experience of being arrested in China for supporting Falun Gong. David Bowie, a supporter of Amnesty International himself, has been very supportive of Sterling’s efforts.

Local Falun Gong practitioners took this opportunity to tell music fans about the persecution of Falun Gong practitioners in China and the detention of Charles Li. Many people got flyers and signed their names to support the rescue of Charles Li. Some people joined Friends of Falun Gong. Some stopped by to ask more details. They were shocked by the situation in China and Charles’ experience. Many music fans were curious about the Chinese words “Truthfulness, Compassion, Forbearance” written on Sterling’s drum. They were eager to find out the story behind these words.

The Story behind the Three Chinese Words on Sterling’s Drum

Six years ago, American professional drummer Sterling Campbell was at the bottom of his life. After playing concerts, he indulged himself in the night life of New York and could not extricate himself from tobacco and alcohol and other habits.

One day, he happened to pass a park in New York where he saw a group of people practicing a very gentle exercise. He was fascinated and couldn’t help joining them. A Falun Gong practitioner gave him a Falun Gong book to read.

Sterling said he was deeply touched by “Zhuan Falun,” the guiding book of Falun Gong by the founder Mr. Li Hongzhi. He said he couldn’t say enough about how “Truthfulness, Compassion and Forbearance” in the book had helped him give up smoking and drinking. Falun Gong had not only given him excellent health, but also brought him a big spiritual change. He said he became a happier person. He identified with “Truthfulness, Compassion and Forbearance” so much that he wrote these three words in Chinese on his drum to show his concert audience.